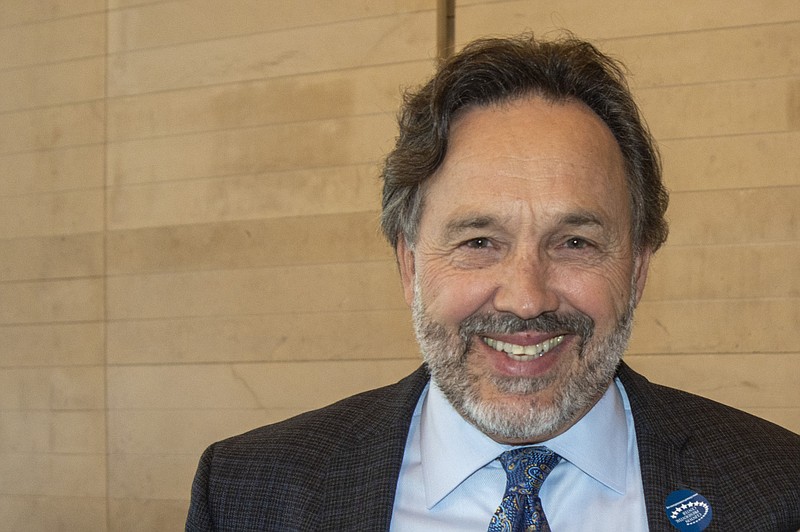 Steve McClellan, the UALR vice chancellor for finance and administration, is shown in this photo.
(
Cary Jenkins)

A longtime leader in the University of Arkansas at Little Rock’s finance office has died.

“Having worked closely with Steve these last fifteen months, I know that he shared my optimism for a bright future at UA Little Rock,” Drale wrote in the announcement. “He was dedicated to helping us find ways to build a better budget and to make other institutional improvements wherever possible. He loved university life and was keenly interested in the activities of our faculty, staff and students.”

McClellan’s tenure overlapped with some of UALR’s toughest years financially, as a decade of overly optimistic enrollment projections meant millions of dollars in unexpected revenue shortfalls. An audit last year also found incorrect budget reporting at UALR, practices that dated prior to McClellan’s tenure as vice chancellor but that continued until 2019.

In the past couple of years, McClellan helped oversee millions of dollars in budget cuts. He often presented good and bad news before faculty and staff, sometimes in lieu of former Chancellor Andrew Rogerson, and took questions for hours from those concerned about the university’s trajectory. Enrollment outdid projections this fall for the first time in years.

McClellan is survived by his wife Ladye Ann and his two adult children, Annie and Steve.

Who would serve in his role was unclear Monday.

McClellan worked in the university’s financial offices for the better part of the past 13 years except for a three-year period, from 2013 to 2016, during which he worked as vice president for finance and administration and chief financial officer at his alma mater, Delta State University in Cleveland, Miss. During that time he was able to help his aging parents, he said in 2016 in a UALR announcement of his return.

McClellan returned to UALR as vice chancellor for finance and administration in March 2016 shortly after his father died. He was hired by former university Chancellor Joel E. Anderson, his former boss, before Anderson retired.

McClellan planned to retire from UALR and then teach, which was his dream, he said in the university announcement of his hiring.

In his nearly five years as a UALR vice chancellor, McClellan worked under three chancellors, including three years under Rogerson, who resigned at the beginning of the 2019-20 academic year.

Before being hired at UALR in 2007, McClellan worked for 25 years at Northwest Mississippi Community College in Senatobia, Miss., where he spent most of his time — 13 years — as vice president for fiscal affairs.

McClellan earned his his Bachelor’s degree in accounting and his Master’s degree in business administration from Delta State.