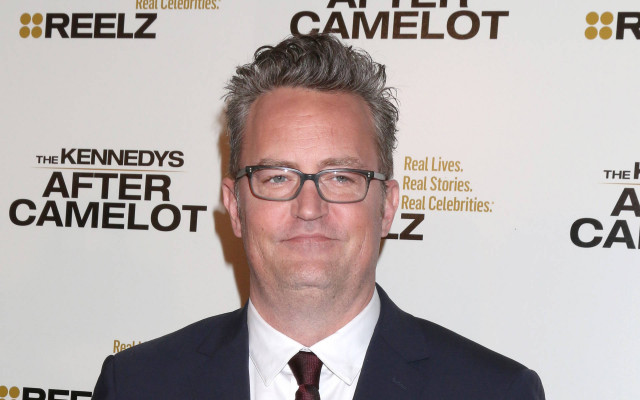 The actor – who played Chandler Bing in the long-running sitcom – has announced via Instagram that he’s creating a limited-edition clothing line based on the hit show.

Alongside a photo of himself in a Friends-themed T-shirt while pretending to be on the phone using a banana, Matthew wrote: “What is this, a limited edition t-shirt for charity? For two weeks only, I’m releasing an apparel collection! Proceeds will support the World Health Organization’s COVID 19 relief efforts. Link in bio. Banana not included.”

The T-shirt features three images of Chandler dancing, underneath which is written: “Could this BE any more of a T-shirt?”

Matthew made the announcement on Instagram a few weeks after confirming that the long-awaited Friends reunion special has been scheduled for March 2021.

The actor – who starred alongside Jennifer Aniston, Courteney Cox, Lisa Kudrow, Matt LeBlanc and David Schwimmer on the show – made the announcement on Twitter last month.

He said at the time: “Friends reunion being rescheduled for the beginning of March. Looks like we have a busy year coming up. And that’s the way I like it!”

The much-hyped special was originally scheduled for May 27, to coincide with the launch of HBO Max, but the premiere had to be delayed due to the coronavirus pandemic.

Marta Kauffman, the show’s co-creator, subsequently admitted she hoped to delay the shoot until a live audience was able to attend.

“We all want it to happen. We just have to wait until it is safe. This is a show that is not scripted, but this is the way the show works – we are going to need a live audience. Even if we socially distance that live audience, it really is a huge part of what ‘Friends’ is … We cannot do it without them.

“Everyone is all in and we are just waiting for that time when it feels connected to bring in a live audience.”

Bitcoin Slumps Below $50,000 as Caution Sweeps Over Crypto Rally